Messiaen and Thoreau – the interpreter and the observer 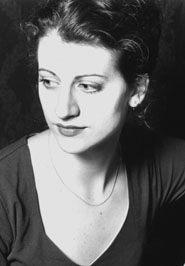 …art partly completes what nature cannot bring to a
finish, and partly imitates her.
Aristotles, Physics

The bird […] sings in extremely quick tempi which are absolutely impossible for our instruments; I am therefore obliged to transcribe the song at a slower tempo. In addition, this rapidity is allied to an extreme acuteness, the bird being able to sing in excessively high registers which are inaccessible to our instruments; I transcribe the song, therefore, one, two, three, even four octaves lower. And that is not all: for the same reasons, I am obliged to suppress the very small intervals which our instruments cannot play.
Samuel 1967, 113-114

For practical reasons several approximations were necessary in Messiaen’s transcription work from the outset. But as they entered the realm of musical composition these approximations began to exceed the immediate demands of practicability, transforming instead into musical creations.
With the exception perhaps of the sixth movement of Messiaen’s Chronochromie (in which Messiaen leaves behind his preoccupations and fascinations with color, harmony, and references to other environmental elements by composing a 18-part counterpoint based on accurate descriptions of various birdsong), Messiaen’s musical imagination was not satisfied by mere representation of birds. He did not transcribe birdsong simply as a source of musical material. He was equally interested in the evocation of a particular landscape or the depiction of a passage of time. His portrayals of birds can often dwell on elements not related to the actual sound of the bird, for example the intense colors of the avian plumage (tying into Messiaen’s synaesthesia), religious beliefs (viewing birds as representations of divinity on earth), or social dynamics within the avian community (appearing to some listeners as rather anthropomorphic projections). Messiaen’s musical birds sometimes require a leap of imagination on the listener’s part; he might, for musical reasons, bring birds together that would normally not reside in the same geographical zone. He might orchestrate particular birdsongs using instruments one wouldn’t usually associate with the range and timbre of birds. Boulez recalls pointing out to Messiaen (when speaking about his surprise in encountering birds portrayed by bassoons and bass clarinets): no bird is gigantic enough! Boulez later remarked: What [Messiaen] wrote was his imagination of birdsong. If you analyze birdsong scientifically, you find none of the intervals Messiaen wrote. (Gurewitsch, 95) Perhaps Boulez’s criticism is limited, leaving Messiaen’s timbral and rhythmic accomplishments in transcription unexamined.
The incongruency between Messiaen’s fieldwork (I tried to copy exactly the song of the bird typical of a region, surrounded by the neighboring birds of its habitat […] I am personally very proud of the accuracy of my work [Samuel 1967, 111-112]) and its subsequent journey into the process of composition reveals that for him the representation of bird song in a musical work was not complete after merely having carefully observed and intimately gotten to know the birdsong and having transcribed it in the most exact way musical notation would allow. One can assume that he accomplished this during his fieldwork, but that these results were not sufficient to justify direct inclusion into a composition. Messiaen himself states that accuracy is often not an issue with the use of birdsong in music: It is ridiculously servile to copy nature. (Messiaen 1942) The artistic process that followed, creating music out of birdsong, was equally if not more essential to Messiaen, a stance shared by Igor Stravinsky, who wrote: Natural sounds suggest music to us, but are not yet themselves music […] Tonal elements become music only by virtue of their being organized, and that such organization presupposes a conscious human act.
(Stravinsky 1942, 23)

Hence, according to this view, birdsong by itself does not yet constitute a musical entity. It may provide a basis and inspiration for a work, but not the substance of the work itself. The delight, wonder, and awe that Messiaen maintained throughout his lifetime in observing natural phenomena stands, in my view, not in opposition to his desire to transform, transcend and often radically alter these elements in his artistic work. It may be an idealization of nature, keeping perhaps largely with the classical artistic tradition, as well as a declaration of faith. But it is also uniquely marked by the curious, inquisitive and active mind of a most perceptive observer.

Now I will do nothing but listen…
I hear all sounds running together, combined,
fused or following,
Sounds of the city and sounds out of the city, sounds
of the day and night…
Walt Whitman, Song of Myself

Clearly then delineating a step beyond Messiaen’s conception of art is the view of certain artists who may equate elements of the natural environment with art, or more specifically, environmental sound with music. Here, the perception, identification and location of the elements constituting an environment are of paramount importance, while the technique of (artistic) representation is secondary, invisible, or simply non-existent. The icon and flag bearer of several of these „environmental“ artists is the naturalist Henry David Thoreau. Thoreau engaged in acts of conscious listening to his environment, contributing first hand documents regarding his sonic surroundings fifty years prior to the advent of recording devices. Many 20th-century composers are drawn to Thoreau’s example of an „eternal observer“, as portrayed by Ralph Waldo Emerson in his Eulogy of Thoreau.:

Mr. Thoreau dedicated his genius with such entire love to the fields, hills and waters of his native town, that he made them known and interesting to all reading Americans, and to people over the sea. The river on whose banks he was born and died he knew from its springs to its confluence with the Merrimack.  He had made summer and winter observations on it for many years, and at every hour of the day and night.
(R. W.  Emerson 1981)

To avoid generalizing the work of several composers who use environmental sounds in their music or are inspired by natural processes or mirror such processes in their work (i.e. R. Murray Schafer, Pauline Oliveros, Annea Lockwood, Pierre Schaeffer, Brian Eno, Max Neuhaus, Steve Reich) I’d like to focus on two composers with different, perhaps antithetical, approaches regarding the use of technology to incorporate environmental elements in music: John Cage and Alvin Lucier.

John Cage’s love of Thoreau was evident since his personal rediscovery of Walden in 1968 about which he wrote: Thoreau had this view that music is continuous, only listening is intermittent. (Cage/White 1978) Cage placed great importance on the act of observation without interpretation. He recognized that the act of listening, even to the sound of everyday life, could become an aesthetic experience and be used in art and shunned composition“ in the traditional sense, finding it rather egoistic and dictatorial. „Having no need for art – pleased with what I see – pleased with what I hear – surrounded by multiplicity… – a world without art – and that it wasn’t bad. (Cage 1994, 127)
Cage eagerly used technological resources (recording and amplification devices) for studying or reproducing environmental sounds, and credited these resources for enhancing people’s ability to intensify their perception of natural sounds. It’s actually electronic music, the tape recorder and everything that gave us the opportunity to record natural events, and which focuses our attention back, away from theories of music to the actual experience of hearing wherever we happen to be… THOREAU LISTENED the way electronic composers now listen. The electronics have brought our attention back to nature.
(Zimmermann 1976, 56)

In contrast to this, the composer Alvin Lucier displays a distrust of using recorded material to evoke natural sounds in his work. His musical relationship to the environment often involved mimicking processes in nature that appeal to him: „Every composer needs some kind of system with which to operate […] I’ve found that I like to study environmental systems […] It doesn’t interest me to take a taping machine and tape record the sounds of birds or bats. But what I do enjoy is to study the means by which these animals or the natural worlds use particular sounds with which to survive […] in imitating the natural, the way the natural world works, you find out about it, and you also connect to it in a beautiful way. You didn’t exploit it. I would feel that tape recording dolphins or bats as somehow exploiting their art.“ (Zimmermann 1976, 139) For a composer whose majority of work involves electronically generated sound, this statement might come as a surprise. Lucier often credits his discovery of pulse-wave oscillators and homemade electro-nic devices as instrumental in solidifying his musical language. His electronic means are often comparatively simple, and he stresses that he uses technology in a minimal way. An example of his using simple technology to mirror a natural process is his piece Vespers. Lucier wanted to imitate the orientation and communication techniques of bats by using an audio generator that sends out a pulse that is similar to the sound-sending and -receiving perceptive mechanisms of bats. He states that he is not as interested in the actual sound of bats, as in their exceptional communicative ability, and finds that creating a piece like this deepens his (and hopefully the listener’s) appreciation and connection with the natural world.

In general, I am much more interested in sonic experiments […] than I am in the latest electronic programs. So in a certain sense I have an anti-technological approach in music, though I am not really against new technology, but I find it much more effective and fruitful to create musical experiments with the simplest and most basic objects, including objects found in nature, to expand [one’s] perception of sound and music. (Lucier/Rovner)
Perhaps recording and playing back natural sounds on tape seems too clinical or specific for Lucier, who has a more wholistic perception of nature. He describes a „universal sound“, of which all specific sounds are only a part, and one sound containing a host of other sounds- implied, triggered, or disguised.

In comparison, Messiaen’s approach to the incorporation of natural sound in music stresses the dimension of craft, transformation, and artifice – perhaps an aestheticization. There clearly is usually a desire by the composer to reference the original „source“ sound (a particular bird in its habitat) which may be indicated in the title of a piece or a text preceding the score. But the music itself is removed from the source sound through a process of subjective musical abstraction.
In the case of Lucier, an abstraction is also taking place but it is less subjective. Rather it is an extraction of structural properties from the source sound (e.g. the spatial orientation mechanisms of bats) and their application to or implication in (art)music.
Cage finally neither abstracts nor extracts but opens the listening space to embrace all sonic elements in their totality, making the borders between art (artifice) and nature permeable.
Although Cage’s and Lucier’s manner of incorporating elements from nature and the environment into their works may differ, they both place great emphasis on sensitizing their listener to their environment (even to the most common sounds). Their scores are often open in meaning, preferring (Cage more explicitly than Lucier) to extract themselves (as the creator of the work) as much as possible from the aesthetic experience. They intentionally go only half way in the compositional process, creating a framework in which a listener can enter into a sonic realm to provide the other half, without the composer guiding, interpreting, controlling, or commenting on his/her experience. In this, they exemplify closeness to Thoreau’s „eternal observer“.